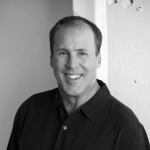 What does democracy mean to you?

That was the writing prompt I gave to my class. I wanted a three-paragraph essay about the rights, duties, and responsibilities of citizens.

Ryan asked if he could make a video. Of course, video creation is not on the “big test,” but writing is. I don’t know much about how to make a video, but we do lots of writing, so I was not worried about test prep. As for the other issue, I asked, “Do I have to teach how to make a video?” “No, I already know how.” I said OK.

Here’s what I knew about Ryan: he was tired of writing. What I learned is that some kids hate writing but love speaking. Ryan was one of those. He would much rather say what he thinks than write what he thinks.

Had I forced him to write, he would have dutifully and quickly slapped some words on a page and turned them in. As it turned out, he spent hours crafting an animated video showcasing his spoken words. His take on democracy was wildly different than I expected, but brilliant. I never would have gotten his perspective without letting him speak his response. He would have turned in “template” writing, fulfilling the requirements without any heart. Through oral communication he expressed himself fully. You can see his video here.