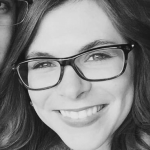 January 13, 2018 In Secondary By nctevillage

Remembering the Student I Used to Be

One of the beautiful aspects of our profession as educators is that every year we get to press a “restart” button and try again. We can do everything from scratch, or cherry-pick the best lessons and units from our previous experiences. And that’s what summer is for: to refresh our perspectives on what we think is best for students and their learning.

This past summer, I was fortunate enough to attend a conference where a fellow Kansas educator, Kevin Honeycutt, spoke. His presentation was titled “Connecting with Lost Learners.” Rather than explicitly walking through a step-by-step process on how to connect with lost learners, Kevin told his story. He grew up poor and no one in his family had ever graduated high school. His father was alcoholic and abusive; he remembers one time his father knocked him out cold with one punch after Kevin tried to stop him from beating his mother. When he woke up from his concussion the following morning, he only had enough time to put on his shoes and run to catch the bus. This is was his reality.

Kevin forced us, his audience, to empathize with him, with the hope that we will go off into our own lives and classrooms and begin to empathize with our students. He continually talked about “telling stories” – for ourselves and our students. I also learned how important it is to listen to others’ stories. Now that we knew Kevin’s story, we could begin listening to the stories of our students.

I was so inspired by Kevin’s story that I thought about how incredible it would be if teachers looked back to the times when they were students. Do we remember what it was like to be a teenager? How the world looked to our young eyes? I’m fairly young and my teenage years were relatively recent, but those memories are slipping away. So with this, I want to re-examine who I was as a student.

Dating: I chose to reflect on dating as the first way of reflecting on my teenage years, because it was what motivated me to go to school each day. Besides catching up with my friends, seeing and interacting with boys drove my daily behavior. Looking back, part of me craved attention from the opposite sex for all the wrong reasons. There was always a voice inside my head that said, “You are unexceptional. You are not that pretty and not that skinny. You are not particularly popular. You are mediocrity personified.” I’m still fighting that voice today. But boys were the solution to this: if a boy found me “hot” or “sexy” or fell in love with me, I became exceptional. This made me particularly vulnerable to the wrong kind of boys – or choosing boys over friends, which is an even worse crime for a young woman to make.

Dating was a status symbol for me, a form of validation that I mattered in the swirling mass of humanity that was my high school. I used boys to make me unique, and I share both regret and acceptance in my heart for this. Despite the cringe-worthy reactions I have as I write this, I believe every choice I made as a teenager has shaped me into a better teacher for my students. I can empathize all too well with the girl whose performance begins to slip because of a new boyfriend, or whose participation dwindles after a breakup. I was that girl. I hope I can be a better model for those girls.

What I want my students to know: When the young women in my classroom come to me with these problems, I always tell them to focus on their friendships. These are the people who will really matter – and it’s true. Once you’re an adult, making friends is no longer as easy as it once was. The people you spend time with are the people you could be spending time with for the rest of your life. Make the right choices and invest in those friendships (with some exceptions, of course). The ultimate message I hope to convey is this: family comes first, then personal goals, and then friendships. Boys shouldn’t even be on the list. They can always happen later.

Friends: I always had friends surrounding me in school, which I am not sure was the result of my popularity or really my deep insecurity of standing alone. I had several “cliques” of friends depending on the scenario. There was the artsy clique, the generally popular clique, the alternative clique. I found myself floating between these groups from moment-to-moment in a school day, which in many ways I am thankful for, but I also think it prevented me from having more deeply-rooted, long-lasting friendships. The people in each clique of friends changed from year to year, almost like tidal waves moving in and out from the shore. I cycled through new groups on a regular basis, and first realized my distaste for this style of relationship when I read the all-too-known novel, Sisterhood of the Traveling Pants. The notion that girls could remain friends for all their lives was foreign to me and something that I envied. Despite this, I continued to lack the ability to really give myself over to genuine friendship. It wasn’t until college until I learned how to do this.

What I want my students to know: It takes a lot of time and effort to be a good friend. Friendships at this stage of your life is almost like a marriage. They are the closest people to you besides your blood relatives. You have to give up your time, energy, and preferences to meet the needs of the friend. You should be willing to stand for them and with them at any time. Real friends are not artificial, either. They tell each other real things about themselves, and you should reciprocate this vulnerability. Never use these vulnerable moments against them later; it will only breed resentment and anger between you. Sometimes friendships fade. It is okay to end a friendship if that relationship is toxic, leading you to make poor choices, or even if you just have grown to be too different from one another. Don’t waste each other’s time clinging to a dead friendship.

Identity: In many ways, I felt very sure of myself as a teenager, at least for a time. I knew I wanted to be a teacher, and I loved to sing and spend time with my friends. My political identity was changing and forming, as well, but my core values were not yet established. In many ways, that led to me making poor choices during this phase of life. I had not yet grounded myself in any pillars of identity.

What I want my students to know: create a mission statement or a list of core values that you currently cherish in this phase of your life. And guess what? My guess is that the list is going to evolve as you get older. Here’s what my list would have looked like at 16:

Be kind to people (but only so much that others think you are really nice and like you and you feel good about yourself because others like you)
Get a cute boyfriend
Get good grades to avoid punishment from parents (and grades might matter later in life, right?)
Be “cool” in every aspect of your being–never let others see you sweat

What a superficial list! I hate to be self-deprecating, but I hope it gives you a sense of what things NOT to value in your teenage years. Here’s what my list looks like now:

Be kind to ALL people, even if it means making yourself vulnerable to rejection.
Be with someone who respects and cherishes you, as well as your family.
Read, write, and learn not for any particular end objective, but for the sake of the journey and for self-betterment.
Be unafraid to show your passion in front of others!

Much, much better. Time makes everything better, doesn’t it? And yet, I know I still have a ways to go. Do I always act on this list of values? I certainly try to, but I accept my imperfections and mistakes. Life will always be full of them, so why not learn from them?

Remembering who I used to be makes me not only a better teacher, but a more compassionate and empathetic one. I hope this young girl who I used to be never leaves me, but stays besides me for all my years of teaching. I challenge all who read this to look back and try to remember, who did I used to be? I think you’ll find yourself connecting with your students (and for all the parents out there, with your teenage children too!) at a deeper level than ever before.