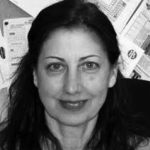 December 30, 2017 In Secondary By nctevillage

How do you evaluate teachers who change lives?

It was 1966 and my 9th-grade year began in a suburban town in northern New Jersey. I strolled to school carrying my small assignment pad, which I needed for writing notes—the kind between friends in the hallway during change of classes. I walked into the old, dreary building and into the same old alphabetically-arranged homeroom, expecting the usual mannequin-like teacher. I was worried because school as I knew it was deadly.

My head was down as I walked; my long, straight hair and bangs covered most of my face. I stepped from the hallway into the classroom and came upon an unusual sight. The kids were standing up, animated, buzzing with conversation. The room actually appeared bright. I wondered what was happening.

Then I saw him. A new teacher. A small, wiry man. Young, cute, long black hair. Smiling. Talking with students, not at students. Sitting on a student’s desk—not behind a huge oak barrier or a lectern. He actually had legs!

I moved to the outskirts of the circle of kids to watch and listen. Then he looked directly at me. I felt a bit uncomfortable partly because I was late, as usual, and partly because I was leery of and unaccustomed to teachers looking at me. Yet his look welcomed me into the circle; his eyes emitted warmth, and slowly I was drawn to the group.

He looked at me and waited for my response. My imagination gushed with possibilities. He had a distinct voice—it sounded powerful and purposeful. He was probably a singer with a rock-and-roll band. In 1966, I thought of everything and everyone in terms of the Beatles or Bob Dylan. Perhaps he was an actor. Or an artist. Or maybe a writer. He was anything but a teacher. Plus, where was the reprimand for arriving late? And why was he smiling?

“Lorraine. Lorraine Bellon,” I said, wishing my bangs were a little longer to completely cover my eyes. His penetrating gaze was still upon me, studying me. I looked at the other kids. This was all too strange. Everyone was talking, laughing, smiling, joking, asking questions. The man flipped through the schedule cards he held and handed me mine, trying to make eye contact with me.

“Good. I’ll see you later in English. Period three. I’m the new English teacher. It looks like you have me as your teacher. And I’ll be running a drama club. You’ll join?” Transfixed, unable to move my jaw or my feet, I stood there.

Mr. Pepperling changed my life and the lives of others, as my high school buddies and I still recall. He showed us that being different was acceptable. He modeled ways around, yet into, the system. He was interesting to the students and interested in the students. He was different, outside the box, and a bit defiant to his superiors, I later learned, always questioning the status quo and “newfangled” initiatives.

He left my district after three years, but in that time he used the course content as a vehicle for us to learn about who we were and who we were becoming. As I think back to his class, the lessons learned were greater than the literature; they were about the great and not-so-great world and our positions within it as active participants. He knew content, had the courage to be controversial, challenged us in ways that no one else had done, cared immensely, demonstrated creativity, and stayed connected to each student. Most importantly, he gave us confidence and a sense of our own efficacy.

In 2013, as a 35-year professional veteran of the public school system in New Jersey, having served in almost all roles—English teacher, staff developer, department chair, supervisor, principal, and superintendent—I am more worried now than I was entering 9th grade back in 1966.

Worried because I wonder how teachers like Mr. Pepperling would score on any one of the new teacher-evaluation systems adopted by New Jersey. How would his work with students be converted to a number or a score? Of course, as an administrator, I want every student to experience a Mr. Pepperling. Do the new evaluation systems ensure that? What score does a teacher get for making school a positive experience? For caring? For thinking differently? For teaching students to think differently? How does a rubric with teaching standards account for the nuances of teaching? Would Mr. Pepperling pass or fail? Could he be fired for not meeting a data goal? For being different and noncompliant? And, today, how will non-measurable qualities be measured?

My greatest worry is that teachers will fade into deadly, robotic, fit-the-rubric nonentities and receive high scores, but offer nothing of substance to students—nothing to carry with them for a lifetime. I don’t know if Mr. Pepperling’s student-growth percentile would have gone up that year, but I do know that he changed my life for the better. Isn’t that the goal of education? To change lives for the better?

Luckily for me, Mr. Pepperling’s path crossed mine before judgment day—before education became politicized, commercialized, simplified, and quantified. How can teachers and teaching be reduced to a single digit? The question should be how do we continue to create teachers who change lives? How can we continue to help teachers learn to instill intellectual and critical curiosity?

A recent blog post by the academic Ronald Joseph Granieri taps into the unknowns of teaching and education:

“One cannot say completely at any one moment exactly how an education has or has not succeeded in shaping an individual’s life. There is an element of mystery in how it works that can elude even the most assiduous statistician. That is not something to be decried, but something to be treasured by anyone who values knowledge and teaching.”

And so, the big questions remain: How do we create the teachers we need? How do we attract teachers who will take their craft to the limits? In my life as a student, certain hard-to-measure qualities that Mr. Pepperling brought to the classroom made all the difference. And, now as an educator myself, I know that we need to take those mysterious elements seriously—even if they don’t show up on a test.