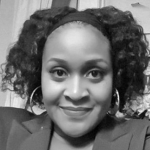 I remember the moment that I truly realized the importance of reading aloud and audiobooks in the classroom. I was teaching struggling readers in middle school and I really wanted them to read Laurie Halse Anderson’s Chains and Christopher Paul Curtis’s Elijah of Buxton – both lengthy and rigorous texts. It was especially important for me to teach these texts because they document the reality of the African American experience in such a raw yet beautiful way. These texts would serve both an academic and personal purpose for my predominantly African American student population. When my students saw the length of each text they complained about not having the stamina to finish them. That’s when I decided to try using the audiobooks. What an amazing experience that turned out to be! My students were so enthralled in both texts that when the class period was over, they were all disappointed. I was excited that I didn’t give in and change the texts, but instead looked for alternative ways for my students to engage.