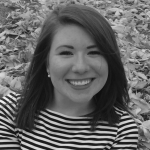 November 11, 2017 In Secondary By nctevillage

As a student teacher, I wanted to change the world. I thought teaching would be easy, because I knew it was my calling in this life. My first day of student teaching, nothing major happened—very typical introductions, learning the school layout, figuring out what content I would need to teach over the next eight weeks, etc. However, I did not know my life was about to change when I walked into 12th-period Senior English. Prior to the beginning of class, I was warned that a particular student (we’ll call him Adam) did not like teachers, especially female teachers. Adam was, for the first time in his educational career, in a general English class rather than a self-contained classroom.

Even with this warning, I was determined to make this student like me. After that first interaction, I went home crying to my roommate, realizing that teaching was anything but easy. After having the rest of his classmates engage in complete noncompliance and chat throughout the entire period, I felt defeated. Words, especially the words of 25 seniors in high school who were only three years younger than myself, defeated me. After getting my crying out, I was determined to make a comeback.

Fast forward eight weeks later. After “torturing” the group through The Death of a Salesman, I was a changed person. By understanding that Adam needed to feel smart, accepted, and valued, I made sure our content was directly tied to his identity and his “becoming.” The weeks became easier, although never easy. On the last day of my experience, Adam approached me with a smile and said, “Ms. DeBaker, close your eyes and open your hands. I have something for you.” Being a little scared that he would simply put a piece of trash into my open hands, I hesitantly did as I was asked. When I opened my eyes, I was holding a strange chunk of metal. I asked exactly what I was holding, and Adam responded, “It’s a spark plug! I had to change my truck’s spark plug, and I was just going to throw it away. But then I thought you could really use this. That way, every time you look at it, you can think, ‘Man, Adam sure sparked up my teaching experience.'”

Who knew a hunk of metal could make me cry! I had never expected such a sweet, sincere gift from someone who made me cry on the very first day. But that wasn’t the icing on the cake. Adam then said, “Ms. DeBaker, you’re my favorite because you told me I was smart. No one ever told me I was smart, especially in an English class. Thank you.”

I know that teaching is not easy, but it is worth it. Students can be brutal, but they just need to be respected. Content is not always fun, but when approached the right way, it can be a game-changer. And at the end of the day, students just want to be smart—and they are—but you have to give them a chance to not only show that, but to believe it themselves.