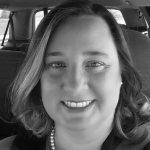 About ten years ago, I taught an undergraduate Shakespeare class at a small university comprised predominantly of first-generation students. The course was difficult given the content, but one student in particular seemed to struggle more than others. (Let’s call him James).

I didn’t figure it out until the very end of the semester when I assigned an alternative assignment: revise a scene from one of the plays in contemporary English via music, skit, etc. The parameters were open, I only asked that students maintain the literary devices and wordplay of the original scene. James did a video of the balcony scene from Romeo and Juliet, but he did it via code switching within English and Spanish. He played both parts and, by his script, demonstrated that he had a thorough understanding of the context and wordplay. It was only then that I realized his limited language skills in English.

I reevaluated everything he had done up to that point and noticed the biggest issues were those of an ELL, not of someone lacking comprehension. The lesson I learned from this experience was to take those creative risks up front. Don’t save them for the end of the semester. The video is still on YouTube, and I still show it to current students doing similar assignments. Every time I see it I smile and remember the lesson we taught one another: communication is a human experience.