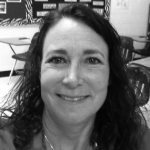 September 9, 2017 In Secondary By nctevillage

A Safe Space to Do Hard Things

The culminating project in our rhetoric unit is a student speech. Many students have a fear of speaking publicly, but because we do so much sharing and discussing in the class, most are over their fear by the time the speeches are due. One hearing-impaired student who had trouble speaking was especially fearful of speaking in front of the class, and I was prepared to have her deliver her speech to a small group, as was allowed in her accommodations. I did, however, encourage her to think about facing her fears. Two days later, she delivered a beautiful and persuasive speech to the class and received a standing ovation from her classmates. After that experience, that shy girl seemed to hold her head higher and participate more. Her mother called me the next day. While fighting back tears, she told me how thrilled her daughter was to overcome a fear. I love all things literature, but I love the community of a classroom —  and what can be accomplished when students believe in and encourage each other — even more.