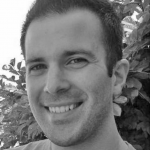 I Always Had What I Needed

One teaching experience that has stuck with me through the years was the time that I received an especially meaningful piece of feedback on a year-end reflection written by an eighth-grade student who struggled in many ways, but persevered and ultimately excelled in my class. I suppose I should start by saying that my background working in special education in a low-income, urban environment has had a strong influence on my overall philosophy of teaching, and that holds true even though I now teach general education English in a more affluent suburban community.

In my previous school, I encountered students with a variety of special needs, whether based on disability, lack of English proficiency, poverty, or complicated home lives—or, in many cases, several of those elements combined. Teaching students with those kinds of needs required developing an exceptional amount of compassion, flexibility, patience, and ability to differentiate. As a professional entering a new teaching assignment, I encountered some colleagues who did not share my values. They seemed to prioritize compliance over proficiency, and sometimes closed off students’ learning opportunities because their behavior was inappropriate, either through frequent suspensions, the enforcement of strict deadlines for student work, or reprimanding them to the point where they simply shut down. I am certainly not advocating for the lowering of expectations for student conduct, but I am willing to sacrifice the rigid enforcement of due dates and other non-disruptive compliance measures in the interest of providing students with an environment in which they know that demonstrations of their learning are always valuable. Not all students are ready to learn at the same time, so I try to maintain an open door to every student so that when they reach that point, they know that they are welcome.

I would occasionally hear colleagues talk about intentionally being unforgiving in their enforcement of various policies to “prepare students for the real world,” but I tend to think that the real world does a good enough job of that already. Besides, don’t schools serve a greater purpose than just simulating the workplace? I feel like the role of our schools is to provide a kind of environment where students can take risks, can make mistakes, and can experience failure, so they can learn from those experiences without having to face the potentially devastating consequences they could encounter for making those choices as adults. This kind of safe, supportive, and caring environment was what I set out to establish in my eighth-grade English classroom, and it was immensely gratifying to find, at the end of the school year, that it had truly made a difference for one of my most troubled students.

This student was a young lady who transferred mid-year and had some difficulty fitting in, which is understandable for any student in that situation. The difference with this student was that she also had some family issues that seemed to be weighing heavily on her mind. I never found out exactly what the situation at home was, but I got the general notice from her counselor and felt no need to pry. I just knew that she might need some extra attention. However, as the semester went on, her needs didn’t seem exceptional to me. She mostly kept to herself, but she generally worked hard and sought clarification when she had questions, which I was happy to provide. She did have occasional absences due to some transportation issues, but whenever she returned I greeted her warmly and expressed how glad I was that she was back and helped her catch up on what she had missed.

Then, one day, seemingly out of the blue, the girl got into a fight in the hallway right outside my classroom. It was during passing time when some harsh words were exchanged, quickly erupting into a physical altercation between this student and a girl from one of my other classes. Standing outside my doorway, my instincts kicked in and I immediately pulled my other student out of the fray. In the process, somehow, I was accidentally struck in the face by my new student—a glancing blow, but enough to leave a small abrasion on my chin.

Both students were suspended for several days. On the final day of the suspension, the girl who had hit me met in the main office with the assistant principal and me to discuss her return to school and to my class. We discussed what she did and she expressed remorse—she was genuinely mortified that she had struck me, as that had not been her intention at all. The option of placing her in a different English class was on the table, but we all agreed that that was not necessary. She apologized sincerely, I forgave her, and she was back in class the following day. From the moment she returned, I made every effort to ensure that I provided a supportive environment, and I warmly welcomed her back and went right back to trying to put her in a position to succeed, even after the incident. Things did settle down for her, and she went on to do very well in my class over the next few months. In fact, she was an “A” student—always attentive and back to asking questions regularly, which I gladly answered once again.

At the end of the year, when I asked my students to write a short reflection on the class, she wrote, “This class was actually the class I maintained an A in because I always had what I needed.”

That sentence is one of the greatest compliments I could ask for as an educator, because it captures what I consider to be the essence of the entire profession: giving students what they need—skills, resources, tools, encouragement, time, smiles, laughter, optimism, hope—to be able to learn, to be able to achieve their potential, to be able to overcome obstacles that seem insurmountable.

I wondered why my class was the only one in which she maintained an A. I didn’t think I was a better instructor than my colleagues, but I believe there must have been something that I did differently. Regardless of the quality of my lesson plans, the texts that we read, my use of technology, or my ability to deliver an engaging lecture, I think that what actually mattered most was that I made it a point to put time and effort into establishing a supportive classroom climate. That one gratifying sentence provided confirmation that prioritizing the cultivation of a positive, flexible, and compassionate learning environment that meets the needs of all students could truly have a profound impact on a student’s life.