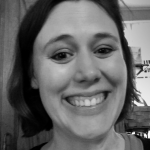 I teach in a suburban school with a mix of kids in it—racially diverse, high-income, low-income, etc. In my fifth year teaching eighth-grade reading, I was lucky to have small classes. One year, I had one class period of about 10. It was an interesting grouping of kids. (And teachers know what we mean when we say “interesting.”)

I had children of an assistant principal, the PTA president, and the school counselor. I also had a child who had moved because of Hurricane Katrina, a foster child, and a boy who was on the autism spectrum. I’ll call him Andrew. For all their differences, that group of kids really bonded with one another. They were kind to one another, and there was none of the usual eight-grade ribbing.

We were going to read “Harrison Bergeron” together, but first we did a little research and questioning about the history and validity of intelligence quotients. Students were sharing what they learned when Andrew burst out with something along the lines of this: “This is all crap.” He went on to share his worries about his siblings. He said he was one of five children, and three of them had Fragile X syndrome. He talked about the older ones who couldn’t do daily living activities on their own, and about how hard it was for his mom and dad — and for him. He said he worried about how they were going to live once his parents got older. He ended by saying how much he hated that nobody at school knew what his family was dealing with at home. He felt like we just ignored it.

And he was right. All his teachers knew, but we never talked with him about it. It was an important part of him that he was basically required to leave behind when he entered a classroom.

Andrew always spoke quickly, and it was hard to keep up with all he was saying, but everybody in the room felt the emotion behind his words. We were in a computer lab, sitting behind giant desktop computers, but slowly kids began to roll their chairs away from the computers and closer to him.

I don’t remember how we ended class that day, or if we even had a conversation about it at the time. I was so overwhelmed listening to him and watching the other students try to figure out how to respond. At the end of the day, I called Andrew’s mom to talk about what had happened in class. I asked her if it would be okay with her and with Andrew if the class took some time learning about Fragile X and to learn what kinds of support families needed when caring for someone with the syndrome. She was supportive and said she would check with Andrew. The next day, he said he wanted to try it out.

I adjusted lesson plans and did some background reading to help support the students as they learned about the syndrome. I was amazed at how respectful the class was about the whole thing. They were really interested in finding ways to support families. Hearing Andrew’s frustration helped them approach the research as not just research — but a way to help their friend.

We did some final writing to sum up our learning. I really don’t remember it very well. What I remember was how powerfully that work changed our class culture. We were bonded and primed to share our experience of the world with one another.

That’s not an experience I could ever recreate for students. I wish I could somehow. What I can do is set the conditions that allow students to feel comfortable sharing the parts of themselves that often get left outside of the classroom. I’m grateful to Andrew and to those students for sharing themselves with me and with one another.