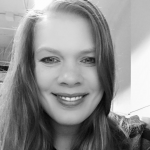 February 17, 2017 In Secondary By nctevillage

I grew up in an urban environment; I’d never been outside of the city until I was in my preteens/early teens. Thus, I was quite ignorant about the rest of the world, particularly country and farming life. My family had little in the way of money, so family trips were virtually non-existent. Our grandest adventures were to the mall, the beach, and the local park. Our school system was poor, so technology was absent and school field trips rarely happened. Most of our learning came from ancient textbooks.

My grandparents moved from Virginia Beach to the western part of Virginia around the time I turned 10. Soon afterwards, my parents were experiencing difficulties in their marriage. Both they and my grandparents decided that a summer trip was much needed. My grandparents came to pick my sisters and I up, and we quickly began our trip westward. About two hours into the trip, I noticed these large animals in fields. Some were brown, some black, and some a hodgepodge of the two with splashes of white. I spent a good hour eagerly catching glimpses of these animals as we continued our drive. I entertained the idea that they might be bison or buffalo, but none of my conclusions felt quite rights. Eventually, curiosity encouraged my voice. I asked my grandparents what “those animals were.” They looked at me oddly and explained that they were cows. I was completely baffled! The only cow I’d ever seen was at a dairy farm in Norfolk. Other than that, my only other exposure to cows had been from dairy or Chick Fila commercials where all the cows featured were black and white. I didn’t know cows could be brown or any other color!

Years later, I was in my first year of teaching. My students and I were reading “Where the Red Fern Grows.” One of my students was confused as to what a coon was, and all of the students immediately started laughing. He was new to the class, having moved from a large city. Immediately, the memory of the first time I’d seen a cow came to mind. I hushed the students, explained what a coon was, and then told them this story. Much like my grandparents years before, their eyes went wide in disbelief. They laughed, they chuckled, and they shook their heads at my ignorance.

This led to a lesson about language and cultural exposure. We talked about local words found only in the south, words used by people in larger cities, and words used by younger versus older people (text language, slang, etc.) We talked about things they might know that people in other countries might not. After a bit more discussion, we all learned a valuable lesson about the importance of expanding our horizons and keeping an open mind.

For the students, this was a great lesson; for me, it was even more poignant. It truly opened my mind to the realization that many students have gaps in their knowledge base because they aren’t exposed to the same things that their teachers or parents are. I didn’t know what a cow was, my student didn’t know what a coon was. It emphasized the importance to me of creating global lessons for students and connecting it to the knowledge base they have already developed. Since then, I’ve always tried to include small lessons that force students to reach outside of their comfort zones, learning about different cultures, careers, and walks of life they might not otherwise be exposed to.

Too often, I see teachers and other adults shake their heads or laugh at the ignorance of their students, asking how a student could possibly not know this or that. Once upon a time, I was a part of that group; I was genuinely shocked at some of the ignorance I encountered. Today, I remember my youthful ignorance. I now realize that as funding gets cut, as parents work longer hours, and as the world continues to flood society with more and more information every day, students have a harder time learning the “basics.”

While I am hardly a veteran teacher, having only five years under my belt, this lesson has continued to stick with me. It’s taught me patience, and it’s forced me to develop a keen eye towards student awareness. When reading novels, articles, and the like, I try to pay attention to the student(s) who may not know “the basics.”